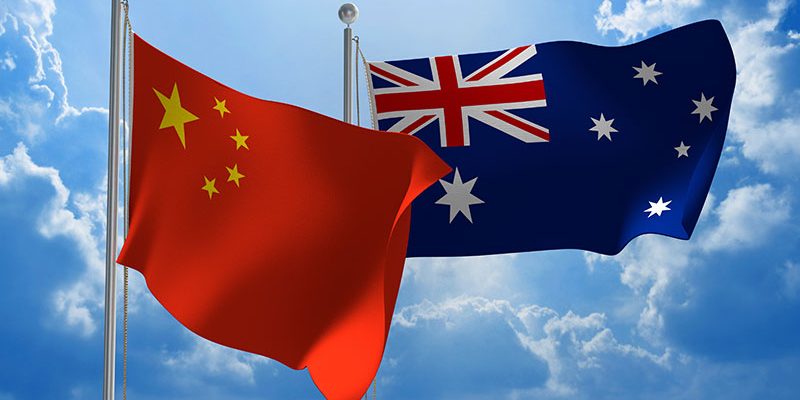 A country that is predicted to become the world’s biggest economy by 2030, with a population of 1.5 billion, China is increasingly attractive to many Australian small and medium enterprises (SMEs) thanks to the opportunity to rapidly grow their businesses.

With bilateral trade now worth more than AUD$100 billion, and the Chinese Free Trade Agreement recently signed encouraging further trade, getting involved with the Australia-China supply chain is a way for Australian businesses to seize fresh opportunities and take advantage of new markets.

While there is a great deal of optimism regarding bilateral trade, there are also concerns locally about the robustness of the Chinese economy and what the flow on effect for Australian businesses may be. With business headlines warning about a volatile Chinese economy and its debt crisis, there is concern over the risk inherent in developing Chinese trade relationships.

The uncertainty over the Chinese economy isn’t helped by the lack of clarity from official reporting out of China. Critics reference the Chinese government’s poor handling of its massive debt crisis (its debt to GDP ratio is a staggering 277%) and the huge fluctuations in commodity prices, as well as concerns over its foreign currency reserves and the stability of its currency. As a major driver of global economic growth, the possibility that China could be headed for a serious recession due to debt-fuelled growth is a worry for Australia, since our economy depends a great deal on trade with China. Australian experts note that we are heavily exposed to any problems in the Chinese economy, with over 35% of our export trade being with China. Any slowdown in the Chinese economy is believed to inevitably affect Australian businesses and leave our domestic economy vulnerable. Where our economy has benefited from China’s post-GFC economic boom, it is also likely to be threatened by our over-reliance on Chinese trade, especially in the mining and agriculture sectors.

If the strength of the Chinese economy is an illusion and Australia is vulnerable to any slowdown, experts warn that Australia must diversify its trade relationship with China, with less emphasis on mining and infrastructure, and more on consumer-oriented trade. Key markets that Australian SMEs are being advised to focus on include such sectors as healthcare and high quality food and wine exports, for example.

In fact, it isn’t just mining and commodities but many other SMEs who have done well in China. Over 5,000 Australian SMEs export to China, and a further 5,000 via Hong Kong, demonstrating that China remains a great market for Australian companies. Now that the free trade agreement has drastically reduced or eliminated many tariffs, there are even more opportunities for Australian SMEs, and an increase in Chinese consumer demand is seen as fantastic for the underpinning of expansions of Australian farms and other businesses. With increased competitiveness due to lower tariffs, coupled with a growing Chinese middle class, despite its economic volatility, China still represents a huge opportunity for Australian business in many sectors.

While it is difficult to know the truth behind China’s official picture of its economy, it’s clear that a Chinese economic downturn would have repercussions for Australian businesses. A reduction in trade would mean we end up with an oversupply of goods, commodity prices would be driven down, and if China’s middle class was affected, so too could our tourism industry be impacted.

However, many experts believe that the current market volatility in China is a short term phenomenon and recommend Australian businesses to look at the bigger picture and long term prospects, create goodwill by staying in markets rather than pulling out in a downturn, and generally “sit it out”.

There is no denying that China continues to provide our SMEs with access to opportunities that were previously unavailable. However, for Australian SMEs doing cross-border transactions, the challenge of healthy cash flow remains and can be even more pertinent than in the domestic economy. The unique challenges involved in international trade: importing and exporting cash cycles differ enormously from domestic trade, with international trade heightening the demand for working capital. Businesses trading with China usually require greater amounts of working capital than anticipated, particularly given the tyranny of distance between Australia and China.

The distance means shipments of goods either way can take weeks, depending on the method of transport. For importers, who typically have to provide a deposit or a letter of credit when placing an order and payment once goods are shipped, this means a gap between payment and receipt of goods, putting pressure on a business’s cash flow.

Similarly, exporters face a gap between shipping and payment by export customers thanks to the longer shipping times caused by the geographic distance from export markets. Sometimes, projects simply don’t end up going ahead, because the amount of working capital needed to get goods or services to market is just too great.

For your small business to maintain enough working capital reserves and keep the cash flowing in order to remain competitive in the new markets, it’s vital that you don’t accumulate bad debt thanks to late or no payment you’re your customers. To ensure accounts are promptly paid and any outstanding debts are recovered, engaging a professional debt collection agency early on can protect your cash flow and peach of mind.

Thank you for your enquiry. To help our assessor speed up your collection, please fill out the below information and we will be in contact with you shortly.

Thank you for your enquiry. An expert consultant will contact you within 1 business day to discuss your options.